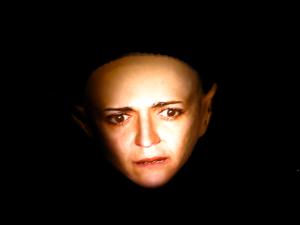 One hundred years ago Bertrand Russell published his short book entitled ‘The problems of philosophy’. It’s a book that gives a good but partial introduction to the subject of philosophy – and it culminates in an excellent final chapter that tells us about the value of studying the subject.

In the course of his answer(s) Russell explores the consequences of having no disposition towards philosophic contemplation. It’s difficult to get any idea of the sheer numbers involved or the actual proportion of such people. However, they do exist and they can cause the most awful havoc in the world. This is how Russell introduces his readers to the nature of those people who have ‘no tincture’ of philosophy:

“The value of philosophy is, in fact, to be sought largely in its very uncertainty [that is, in the fact that it does not provide definite and resolved answers to the questions it examines]. The man who has no tincture of philosophy goes through life imprisoned in the prejudices derived from common sense, from the habitual beliefs of his age or his nation, and from convictions which have grown up in his mind without the co-operation or consent of his deliberate reason. To such a man the world tends to be definite, finite, obvious; common objects rouse no questions, and unfamiliar possibilities are contemptuously rejected. As soon as we begin to philosophise, on the contrary, we find … that even the most everyday things lead to problems to which only very incomplete answers can be given. Philosophy, though unable to tell with certainty what is the true answer to the doubts which it raises, is able to suggest many possibilities which enlarge our thoughts and free them from the tyranny of custom. Thus while diminishing our feeling of certainty as to what things are, it greatly increases our knowledge as to what they may be; it removes the somewhat arrogant dogmatism of those who have never travelled into the region of liberating doubt, and it keeps alive our sense of wonder by showing unfamiliar things in an unfamiliar aspect.” (Russell 1912: 91)

This is one of the most important statements that I have read. It would be fascinating to try and identify ‘the habitual beliefs’ of our age and, more specifically, of the nation in which we live’. To do this we would have to uncover the prevailing ideologies and all that is commonly sensed to be ‘true’. However, I have a more personal response to his words. It is this: they reflect a regular feature of my professional life: some of the best and most carefully constructed educational and development programmes upon which I worked were wrecked by people who were trapped in the habitual beliefs of the age – and those of the nation.

Footnote: The photograph is taken from Daniel Glaser and Magdelena Kunz’s terrific installation ‘Speechless‘ exhibited in the winter of 2012 at Centquatre, Paris 19eme.

From: Uncategorized
← The Museum of Broken Hearts
And they danced with a smile on their faces … →
No comments yet