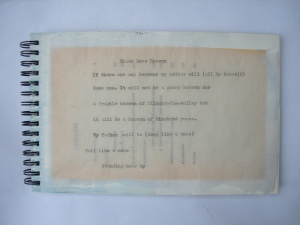 It turns out that Keynes, the economist, was as interested in the arts as he was in developing practical economic theory. Keynes believed in ‘the individual’; he thought that the artist made significant progress, broke new ground and achieved excellence because he or she, as an individual, was in competition with other artists, past or present. The artist sought fame, esteem and good reviews: he or she wanted to be admired, noticed and recognised.

Artistic achievement was (and is) intimately connected with the competitive urge of the individual.

Footnote: John Maynard Keynes’ ideas fundamentally affected the theory and practice of modern macroeconomics and influenced the economic policies of governments. According to Keynesian economics, state intervention was necessary to moderate “boom and bust” cycles of economic activity. He has been described as “Britain’s most famous 20th-century economist.” In addition to being an economist, Keynes was also a part of the Bloomsbury Group of intellectuals, a patron of the arts and an art collector.

From: Uncategorized
← Kraftwerk – the soul in the machine
Please don’t talk about me when I’m gone … →
No comments yet