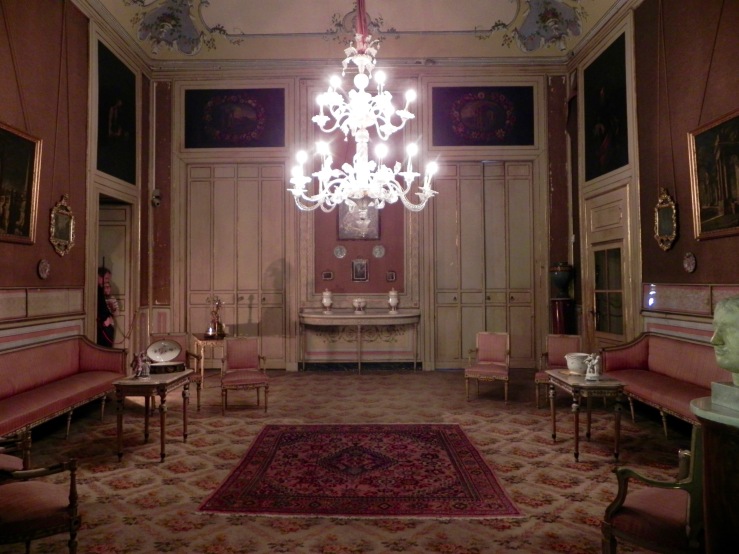 I’m sure Vivienne Westwood would have been amused.

Students at the University for the Creative Arts in Surrey, England are given the opportunity to exhibit their work in the long corridor that runs the length of the college building. It’s a good opportunity for them; it gets them used to going ‘on show’ in the art world.

All sorts of work goes up – and it’s always interesting, often weird and laden with a variety of emotions. You never quite know what to expect …

Most recently a number of students involved in digital media – including the making of short films – were showing their work. The films, as usual, were edgy or personal or both. One student, Natalie H. had made a good film about sex and pornography. It was happily explicit – sometimes echoing Ingres’ ‘Turkish bath’ and sometimes Courbet’s ‘The origin of the world’. (Implicitly, questions concerning ‘brazilians’ were also raised.) Various pieces of text accompanied the images, amongst which were references to the occasions when boyfriends had published, via social media, nude photos of their girlfriends. This kind of behaviour was certainly not always welcomed. (It was a serious piece of film-making.)

But then In February 2017 the university had an ‘open day.’ People from the local schools and various other odds and sods were due to visit the place and walk the corridor. All the films and exhibits usually on display were left intact except for Natalie H’s film. The television screen upon which it was showing was completely covered by a red curtain. However, it wasn’t any old red curtain. It was a subtly erotic red curtain. It rather echoed the furnishings found in houses of ill-repute. And, it was just about possible to discern the moving images behind the veil. Overall though, modesty prevailed. Everyone in officialdom could breathe a sigh of relief.

I was caught laughing by some of the students. Some also laughed.

‘Yes,’ I thought, ‘it’s the kind of cultural moment that Vivienne Westwood would have turned into a wonderful piece of fashion.’

She would have been amused.

Footnote: The full title of this note is: The red curtain: Homage to Natalie H.