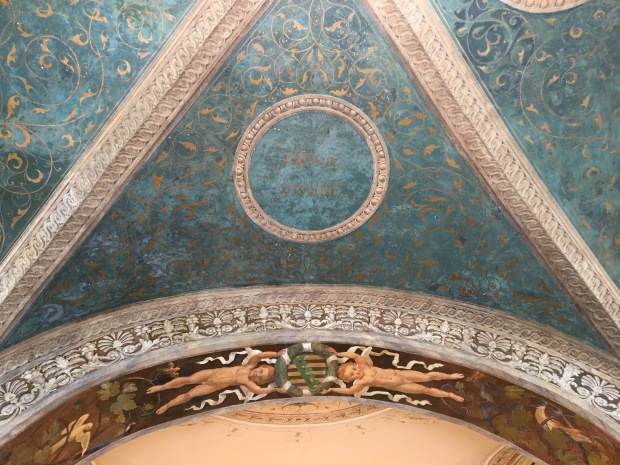 I had been invited for an interview.

The purpose of the interview was to discover whether I was suitable for a higher degree programme. The institution to which I was applying has achieved a very high status both in the UK and internationally. In consequence a Master’s degree from such a university is an esteemed qualification. I had completed an application and made an attempt to suggest that I was ‘good enough’ for a place. I had written a personal statement that was very short and, prior to my interview, my daughters had conducted two trial interviews with me.

These trial interviews had been very helpful because – as it turned out – I had not been used to answering questions about art in general or my art in particular. Just giving answers was a bit of a novelty and caused me to think more clearly about what I did and why I did it. In addition, one daughter had told me that nowadays art institutions are interested in a person’s experience and that I should draw attention to some of the places in which I had worked – such as Wormwood Scrubs maximum security prison in London as well as in an international high-tech IT company. The other daughter had told me that I should be as concrete as possible and not give vague or abstract answers. She also told me that I should bring along one or two of my past and present sketchbooks and any other ‘thing’ that might reveal something interesting about myself.

In preparation for the interview I had placed four rather small canvasses that I had painted in a bag, and, in another, three sketchbooks, three copies of a ‘zine that I used to produce and two rather weird books that I had made. (However, crazy as it seems, I never did manage to show my interviewer the books.) Three of the canvasses featured people and one represented a semi-apocalyptic landscape.

On the day of the interview I felt reasonably calm but just before setting off to the University I reached into an under-the-stairs cupboard to get a large plastic bag for my sketch books and virtually knocked myself out. I had bashed my head against a wooden box the edge of which left a deep wound to my head. This was not a good start. Anyway, I patched myself up but I did not really feel ‘all there’. However, I arrived on time and the woman at reception told me to fill in a form by ‘following the line’. Unfortunately I followed the wrong line on the form that she gave me and therefore I incurred her displeasure. This was not good.

I was given an identity card which I was told to hang around my neck. Then, after a few minutes the person who was to interview me appeared. I liked her immediately. I liked her voice. It was melodic and she smiled at me. ‘How do you do,’ I said. (This was something I rather regretted: one of my daughters had said that modern people do not say this any more.)

The interview took place in a surprisingly bare and rather large office. It reminded me of rooms in which psychological experiments take place: it was pared down, stripped back, minimal and functional. Some sort of air-conditioning apparatus seemed to be operating. I sat on one side of a table and A. the interviewer sat on the opposite side. I took my four canvasses out of the tissue paper in which they were wrapped and arranged them so A. could see them. They consisted of a Rohingya refugee, the blasted landscape, a Syrian refugee and the singer Jorja Smith. (People had told me that they were good paintings.)

The interview took on an almost conversational course. This meant that even if I thought we would end up somewhere we did not. It was as if we were in a labyrinth with no actual exit but which time alone would declare as the end point.

I was asked about the role art had played in my life and we spent quite a lot of time talking about my mother’s rather tragic life experiences – and the fact that I had begun to use art most explicitly in some of my lectures and presentations. We touched upon a number of artists and I mentioned how Marlene Dumas’ work and observations had had a very good effect upon me. (She had said something like ‘If you like an image, paint it.’) I reflected on the fact that I was deeply impressed by Rembrandt and his ‘presence’ as well as Jacques-Louis David and his ‘Oath of the Horatii’; in fact, I realised that I had forgotten the names of a number of artists that had intrigued me. The interviewer A. was not that impressed with my painting of the Syrian refugee (which was a bit disappointing) but she did react positively to the preliminary charcoal sketches that I had made of the same refugee and she said that she would have liked to see a wall filled with these drawings.

We touched upon some of my experiences during my two-year foundation course in art and then I surfaced a troubling fact: I told A. that a photography tutor had told me that I should not speak about my work in the manner in which I was so speaking. But the same tutor neither told me what was wrong with my type of speech nor how I ‘should’ speak about my art. As a result I was not confident about what to say about my work. A part of my response had been to ‘shut up.’ A. said that this was ‘a shame’ and that I might simply have had a bad experience but that it was important to move on and not ‘shut down.’

The best part of the interview occurred when I fished the ‘zine out of a small bag. ‘Ooh,’ she said; ‘What have you got for me? A fanzine!‘

‘Well, I’m not sure that it’s exactly a fanzine – it’s some sort of publication.‘ And then I told her that it was based on something brilliant that the people who produced ‘Go’ for Sheffield did some years ago.

I passed her a copy and said: ‘This is for you.’

This is when things became funny. She thumbed through the thing (it was about 32 pages long) and then I reached over towards her and tried to find the page which happened to include a random autobiography of myself. The autobiography began with a photo of me when I was a few months old. I was not an attractive looking boy and I was clothed in something resembling a dress.

This struck me as very funny. It would have made me nearly 80. ‘Oh No! I’m not that old,’ I said whilst looking behind me and behaving as if I was on my last legs. In fact, because I have imperfect hearing she may have said that I was born in the 1940s (which I was).

This exchange left me with the feeling that the mood of the interview had changed. It was light-hearted, insouciant and completely free of pretension.

We covered more ground about my values and perceptions concerning some of the fundamentals of life (love, art, morals and power) but by then the air-conditioning was winning. I was frozen. In the last five minutes of the interview I was given an overview of the course requirements and its specific emphases. The trouble was that my body had decided to respond to the chill with involuntary jerks. I did my best to stop it doing this – but without success. I must have looked very odd. I was increasingly convinced that A. would wonder what sort of lunatic was sitting opposite her.

We shook hands at the end of the interview and she escorted me along a long corridor to the exit. Happily the sun was shining and I began to warm up a bit. A. struck me as a very agreeable, sympathetic, composed and authoritative person.

My response to the interview was to feel very highly motivated to do the course. Quite why I never managed to tell her about my online portfolio I do not know. And those weird books I had made remained hidden from view. Moreover I said almost nothing about how my background and experience would equip me to do the course. But I did enjoy the conversation with A. and the very last thing she said to me was: ‘I will write to you soon.’ 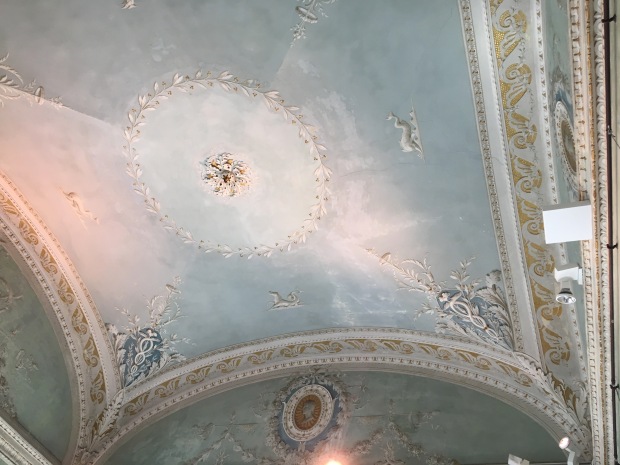